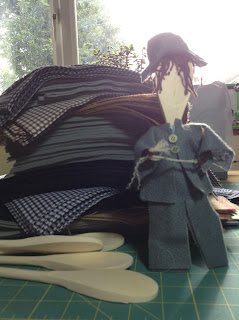 'Creating a Stir' is the working title for a collaborative art project as part of Gressenhall Farm & Workhouse's major redevelopment project, Voices From The Workhouse.

Until 2017 I'll be working creatively with a range of different groups to raise awareness of, and engage with, the stories of the workhouse. I'll be asking all the participants to contribute to 'Creating a Stir' by making a doll from a wooden spoon. Sounds peculiar? Read on...

Research for the £1.2 million HLF funded project has produced many treasures. One such document is the 1871 census showing all the workhouse inmates and staff of that date. Much of the original census is hard to read, so a volunteer team is painstakingly transcribing the details into an accessible digital format. 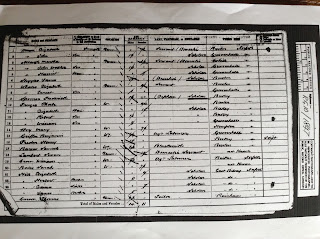 We already knew that the majority of the inmates were elderly or children. We now know their names and ages, where they were born and what their profession was (if any) before they entered  the workhouse. The oldest inmate on the 1871 census was a 96 year old man named Benjamin Coble, and the youngest was Henry Sassens - he was a mere four days old.

Gressenhall's main red brick building with its impressive Georgian symmetry was begun in the same year that Mr Coble was born, nearly a hundred years before our census. Then, it was intended as a 'House of Industry'; somewhere for poor people to go for food and shelter. While resident, they were expected to work.

Previously, help was given out to the poor in their own homes but this method was localised, haphazard and open to mismanagement. The process needed standardising, and the House of Industry was one solution. 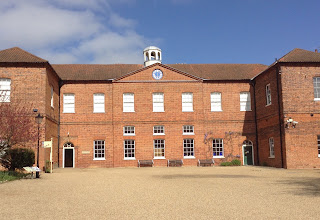 Many local poor people were against its construction. They appealed to the powerful and wealthy folk of the organising Board to consider the loss of individual liberty and identity that paupers would suffer if corralled together in this way.

Calling themselves 'the little people', the parish poor wrote to the Norfolk Chronicle in 1775, saying, 'though few of us may have votes, yet all of us have voices'.

However, their voices remained unheard and the House of Industry opened in 1777. It officially became a Workhouse after the Poor Law Amendment Act of 1834. 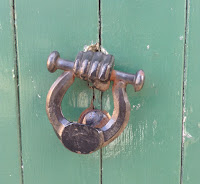 "Voices from the Workhouse" therefore, aims to redress the balance. Our redevelopment will, as far as possible, let the voices of the inmates be heard. We're doing this by telling their stories through the objects, settings and documents of the workhouse, and by working with the people of Norfolk in a variety of ways to create exhibitions, displays and performances in response to the stories.

'Creating a Stir' will create one doll for each inmate on the 1871 census; made from identical spoons referencing the uniformity of life in the workhouse and -of course- the gruel the inmates were fed. Each doll will be made by a different participant, and each will bear the name of an inmate.

The dolls will form a collaborative and organic art installation which will be unveiled at the opening of the redeveloped workhouse next year. Through creative repositioning the 'little people' will be able to group, subdivide, regroup, line up, swarm, rebel, react to and even comment upon the museum's new displays and exhibitions.


Though voiceless, they will speak! 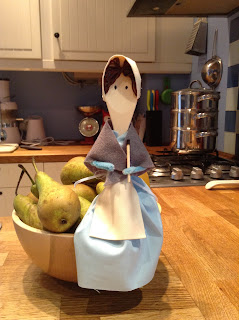 'Though few of us may have votes, we all of us have voices" Letter to the Norfolk Chronicle, 1775